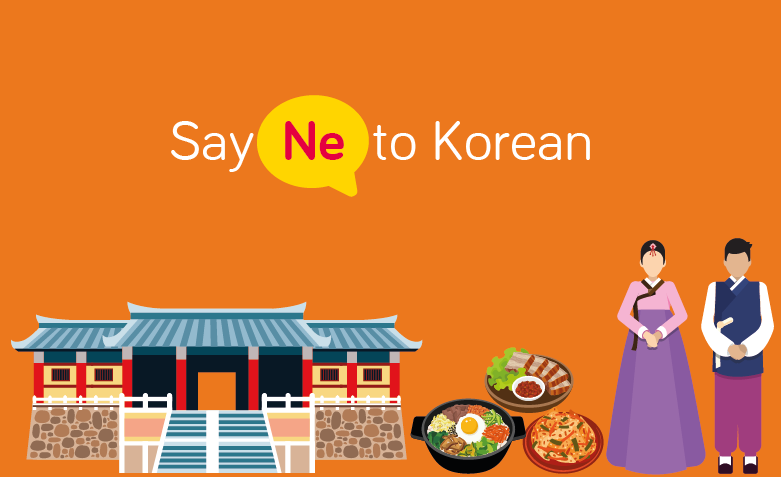 Say ‘Ne 예’ to Korean Kimchi, K-Pop And Much More

Ready for a thrilling few days? Well then jump aboard for Say ‘Yes’ to Korean week. Over the next few days, you can delve into Korean culture and learn plenty of useful phrases along the way.

Arabic, French, Lithuanian… The Say ‘Yes’ to Languages summer campaign covered a lot of ground since kicking off in June. Korean is the 13th language in the campaign and some might say we saved the best for last.

Between blockbuster movies and amazing food, Korean culture is booming right now. When you Say ‘Yes’ to Korean, you can explore it all. .

Join us to learn key vocabulary, along with more about your favourite K-pop stars and interesting Korean tech industry facts.

Deepen your understanding of Korean, starting today! Head to our social media channels to learn all about the Korean alphabet and pick up some basic greetings too.

Today’s also the day to meet your Language Ambassador for #KoreanWeek. Natasha Roche studies Korean in UCC and spent a year in university in Busan, South Korea. As well as that, she’s planning on doing a masters in Korean studies. She’s around all week to take you through the online activities you can take part in.

Famous Korean dishes can be found all over the world. Korean BBQ, bulgogi and kimchi are increasingly popular in trendy food spots. And this #TastyTuesday is your chance to learn all about these moreish delicacies…

Hands in the air if you adore K-pop! Korean language music is absolutely huge in every part of the globe. From girl group 2NE1 to boy band BTS, these super-powered pop stars provide endless infectious pop tunes.

Why not sing your heart out this #WellnessWednesday with our Spotify playlist? Plus you can also learn lots of key K-pop vocabulary to maximise your listening pleasure.

Just when you thought South Korea couldn’t get any cooler, let’s take some time to talk about the tech giants in this country. Samsung, LG, Hyundai and Kia are behemoths in their industries and all come from Korea. Interested in a job in tech? Korean could give you the edge you need.

Natasha Roche is hosting a special Q&A session this Thursday too. Get insights on what studying Korean is really like and how she got on during her year abroad.

The last big Friday quiz is happening this week, with the #KoreanWeek quiz. This is your final chance to test the phrases you picked up over the week and compete against your friends for great prizes.

When you’re finished with the quiz, you might fancy a little light entertainment. If you do, check out our Netflix recommendations list and discover the coolest Korean shows to watch over the weekend.

How can I take part in Say ‘Yes’ to Korean week?

Maybe you already know this, but our social media channels are where you should be during Say ‘Yes’ to Korean week. Follow Languages Connect on Facebook, Instagram and Twitter for all the Korean action throughout the week.

Recognised as a minority language in: China, Russia

Open up the Korean hub if you want to keep on learning after Say ‘Yes’ to Korean week is done and dusted. When you’re there, you can brush up on lots more vocabulary and find even more reasons why you should take up Korean.

Press play on the Korean YouTube playlist to find out how Korean can be the perfect accompaniment to taking up Taekwondo.

Last but not least, you can keep up with all the latest content from Languages Connect when you follow us on Facebook, Instagram and Twitter. The fun doesn’t end after Say ‘Yes’ to Languages – we regularly update our feeds with engaging posts, interactive events and epic competitions.