Volunteering Through My Home Language by Julia Rusin 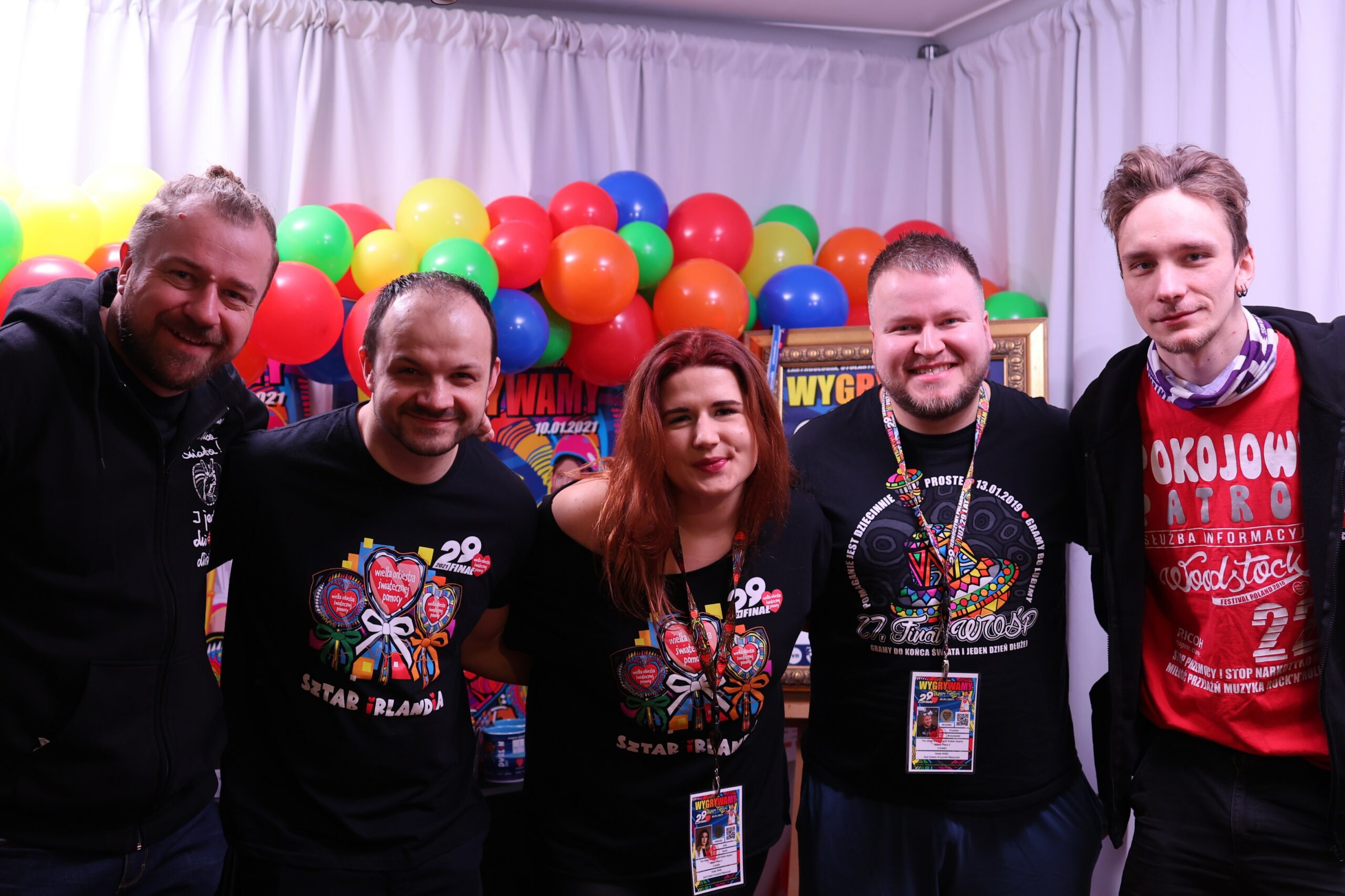 The Great Orchestra of Christmas Charity, known in Poland as Wielka Orkiestra Świątecznej Pomocy (WOŚP) is the biggest, non-governmental, non-profit, charity organization in Poland raising money for paediatric care. The Non-Profit Organisation was founded 28 years ago in Warsaw.

Every January, million of people in Poland and abroad donate to this charity, during the Grande Finale. In the past 29 Finales, the charity has raised approximately 244,596,078.47 USD. The charity raises funds in Poland, but also all over the world with events being organised in approximately 79 countries.

The Great Orchestra of Christmas Charity has been raising money in Ireland for the past 16 years.

Every year The Great Orchestra of Christmas Charity in Ireland organises events all over Ireland. In years prior, events took places in venues such as The Grand Social, Café en Seine and Opium. In the venue you could find live concerts of local bands, auctions, food stalls, crèche for kids, flea markets. A wide array of attractions, in order to raise money.

Although it is much more than one event as on the first Sunday of every January, expat Poles gathered and united all over Ireland, in order to support Polish paediatric units.

I have been supporting Great Orchestra of Christmas Charity since I was a little girl. I remember my mam giving me spare change to put into the collection box, after which I would have a volunteer stick a red heart sticker on my jacket.

Ever since I can remember, my mam always told me the story of how when I was born in Poland in 1999, they conducted the routine Newborn Hearing Screening with equipment purchased and donated by the Great Orchestra of Christmas Charity. She often mentioned that I was so lucky to have been born healthy, having only been tested with a hearing screening equipment, and that other children weren’t as fortunate. This was why it was so important to support WOŚP, as this organisation allowed for paediatric units in Poland to have state of the art equipment that have saved so many children’s life’s. This red heart and what it stands for, became engrained in me at an early age and has been a part of my life ever since.

At the age of 12, I officially became a volunteer during the 22nd Finale. I was helping in the crèche, painting hearts with the younger kids and helping out in anyway I could. Every year I would attend these events and help out, whether it was in the kitchen or standing with a collection box at the doors of the venue.

In 2019, after supporting the Great Orchestra of Christmas Charity for many years, I had the opportunity to join the committee that was responsible for co-ordinating these events and making them possible. I was the assistant venue co-ordinator, responsible for putting out any metaphorical ‘fires’ that arose on the day of the 27th Finale in Opium.

Having studied Commerce in UCD with a specialisation in marketing, I knew that I could really make a difference when it came to Social Media, and tap into our potential when it came to our online activities. This is why last September I became the Social Media Coordinator, responsible for any messaging that we were sending to our 14,000 followers on Facebook, as well as growing other digital channels. With the pandemic underway, this was one of our only touchpoints with the Polish diaspora. This is why my fellow co-ordinator Krystian and I, knew social media was going to be vital in the time of this pandemic.

The 29th Finale differed from all prior. Our committee was forced to think outside of the box, and quickly on our feet. Restrictions in Ireland were drastically changing on a weekly basis. We had to accommodate for that from September when we had our first meeting to plan the January Finale.

The group was optimistic, with the idea that come January we’d be in the clear and we would be able to organise something. That we will be able to come together and once again organise another beautiful and fantastic Finale.

Unfortunately with months passing and restrictions staying in place, we needed to rethink of how we would be raising money this year. Unable to collect outside of venues and organise events; we had collection boxes in partnering Polish supermarkets. Were people could throw their spare change when shopping. We raised funds through an e-collection box, a website that the head office in Warsaw rolled out.

Although great initiatives, it didn’t feel like WOŚP. As the Great Orchestra of Christmas Charity for many years has brought people together one day a year. People came together for a common good. No matter how different, we could always find common ground that day and put those differences aside. As cheesy as that might sound.

Krystian, my fellow Social Media Coordinator had mentioned the idea of bringing the finale to the people in the form of an online broadcast. Although we were not able to be together on this day, we would at least be able to come together from the comfort of our own homes. And so, working day in and day out, Krystian and I got to planning. We had a phenomenal team of our Photographer/Videographer Maciek, Our Producer Arek, and our Sound Expert Kacper. Together, all novice in the broadcasting and studio building front, we were able to plan 6 hour live stream event. Filled with performances, online auctions, video montages and so much more. It was almost as though it was a breakfast show on the telly.

By December, we had all the details planned out. From our hosts, venue, live performers all in a manner that followed current safety guidelines. We were ready. Shortly before Christmas, a long list of restrictions was announced in Poland. Forcing the event to be postponed from the 10th of January to the 31st of January. After a couple of days, the news broke, that Ireland would be going into a full lockdown, which left our hands tied. Our hosts would no longer be able to host the event and live performers would not be able to appear.

Yet, faced with another round of challenges we persevered. Krystian and I took on the initiative to host the event ourself. Having no prior experience when it came to presenting, not counting a

primary school talent shows or a college presentation. We had built two studios on the day, and our performers dialled in. Through creativity and determination we created something spectacular. The livestream lasted 8 hours, having reached 26,000 people on Facebook. Overall, Dublin and the other cities such as Carlow, Cork, Gorey, Kilkenny, Limerick and Portlaoise were able to raise 78,068 euro this year. Which is a phenomenal result. It was only possible thanks to a vast amount of people that that contributed and helped in anyway they could. The 29th Finale, although challenging was able to raise a fantastic amount, far above our wildest imagination.

I truly believe that this is the power of the Great Orchestra of Christmas Charity (WOŚP). That even in the face of adversity, Polish people are able to come together in any way they can. Be together and support this cause. I couldn’t be prouder to be a part of such a phenomenal organisation.