Top 5 Dramas To Watch If You're Learning Korean! 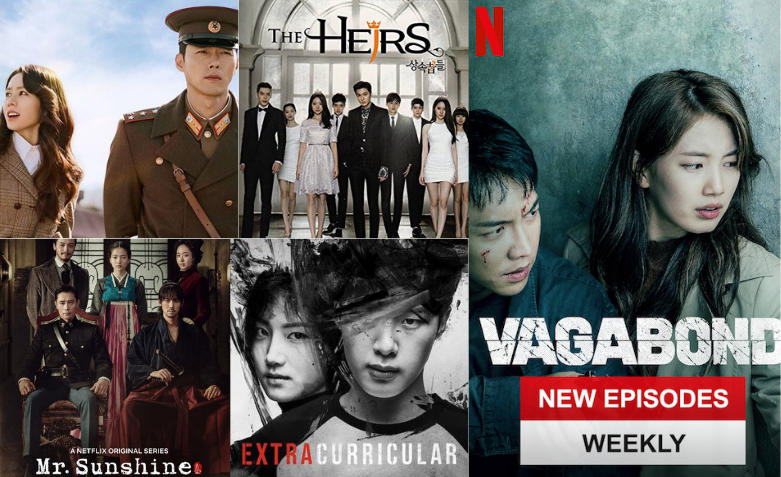 One of the best things about language learning is that there are a million and one fun ways to improve your language! Watching TV in a foreign language is a proven method of improving your comprehension skills! So why not combine your love of Netflix with your love of Korean? To give you a push in the right direction we’ve compiled our top 5 favourite Korean dramas, so make sure you check them out!

1. Crash Landing On You

This story about star-crossed lovers is a must watch! After a paragliding accident, a South Korean woman crash lands over the border in North Korea. There she meets a North Korean officer who tries to get her home safely. This plot is so engaging that you won’t even realise you’re learning!

If you like action packed mysteries Vagabond is definitely for you! The story follows a stunt man named Cha Dal-Geon whose nephew was killed in a mysterious plane crash. He embarks on an investigation to find out what happened and accidentally discovers a terrorist conspiracy with the help of National Intelligence Service agent Go Hae-ri.

Period drama fans look no further! This historical drama is set in the Joseon Dynasty and follows a young man who returns home to Korea after running away to the US years earlier. Now a Captain in the US Marine Corps he falls in love with a Korean noblewoman who is secretly involved in a rebellion for Korean independence. Get ready for lots of plot twists!

If Gossip Girl is your thing we promise you will not regret watching the Heirs. The series follows a group of wealthy, privileged teenagers who are destined to take over their family’s empires. Think love triangles, drama and secrets! The outfits are also amazing.

This more serious drama deals with teen issues and follows a model student who can’t afford his dream university. In an effort to secure his education he gets involved in the world of crime and tries to keep his double life from his family and friends. This plot can be both heartwarming and tear jerking at times.

Let us know if you enjoyed any of our recommendations and we wish you the best of luck on your Korean learning journey!