Top 5 Family Movies to Watch Together in Different Languages 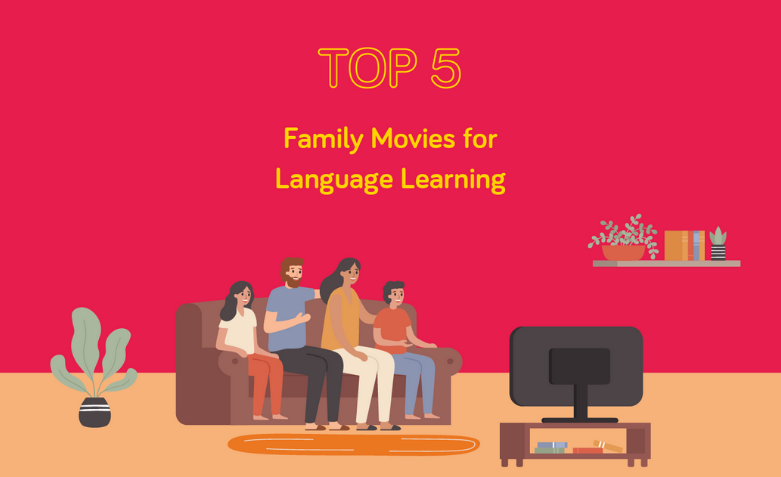 The vast majority of households now have access to smart TVs or game consoles with Netflix, Disney+, Amazon Prime and YouTube only a button click away. All these streaming platforms have a wide selection of movies and TV shows in other languages and are a great way to come into contact with your target language from the comfort of your sitting room. Why not turn studying languages into a fun family activity? We have compiled a list of family friendly movies in different languages that you can add to your movie night schedule!

The Climb is loosely based on the true story of Nadir Dendoune, the first Franco-Algerian to reach the top of Mt. Everest, and he did so with no climbing experience.

In the film, Samy decides to will climb Mt. Everest to prove his love for his long-time crush and friend, Nadia. He cannot afford the trip but is able to find sponsors, one of them being his neighborhood radio station. Upon arrival in Katmandu, Samy realizes he may be in over his head. He builds a beautiful friendship with a Nepali guide who helps him in many ways during his journey.

Where to watch: The Climb is a Netflix original and available for streaming there.

Zipe and Zape– the main characters in the film, are based on two popular, mischievous Spanish comic book characters that have been read for decades. In this movie (the sequel is also on Netflix!), a family vacation goes wrong and they end up at a mysterious home with missing parents.

Where to watch: Available on Netflix.

Considered one of Studio Ghibli’s masterpieces, “My Neighbor Totoro” is a classic tale that remains popular with all generations. Boasting several awards and more dark undertones, it’s well worth a watch.

“Totoro” tells the story of a family that moves into a new house in order to be closer to the hospital where the mother is recovering from a long illness. Totoro appears as a guardian and a friend to the two girls, Mei and Satsuki. Some fan theories suggest that Totoro isn’t just a kindly magical being, but something more sinister. Watch this charming classic and decide for yourself.

Where to watch: Available on Netflix

Twelve-year-old Emil comes to Berlin to spend the holidays with friends and, on his way, his money is stolen. Together with his new pal, Pony, and her street-wise friends, Emil vows to catch the thief and deliver him to the police.

Where to watch: Available on Disney +

Scientist and engineer Shurik Timofeev builds a working time machine and turns off the power in his whole apartment building. The apartment complex manager, Ivan Bunsha, along with George Miloslavsky, a petty burglar, come to his door to complain and are accidentally transferred to the 16th century Moscow, where Ivan the Terrible is reigning Tsar. Tsar Ivan the Terrible is also sent into the year 1973.