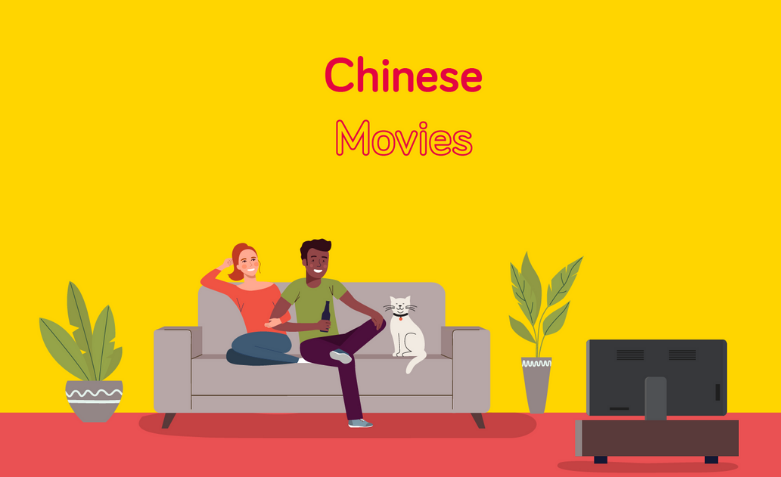 When learning a language like Mandarin Chinese, it can be difficult to come into contact with it on a regular basis. Streaming platforms like Netflix, Amazon Prime and YouTube have made access to movies from all over the world, readily available. We have put together a list of our top 5 recommendations for Chinese movies you can watch as a learner. Watching movies can help you to understand how native speakers build sentences and also show you things you might not get from a book like hand gestures.

Sci-fi fans will love this Netflix movie set in a dystopian future. China’s third highest-grossing film of all time, The Wandering Earth is loosely based on a novella by China’s first Hugo Award winner, Liu Cixin. It’s 2061 and the sun is dying, so the world unites to propel Earth to the nearest solar system by using enormous thrusters. In the meantime, people live in underground cities to survive the centuries-long voyage. When a gravitational spike on Jupiter disables many of the planet’s thrusters and threatens to pull Earth into its orbit, a rescue mission team sets out to repair the giant engines and save the human race.

Together is about a young violin player who is under pressure to become successful from his father. The man and his son move to Beijing so that the boy can enter a music competition. The hardworking father very often puts his son’s competition ahead of their own relationship. The boy’s relationship with his teacher however is really funny and entertaining.

Many of the characters speak with a heavy accent, but this is good for learners because you will need to get used to many different accents when communicating with people from different areas in China.

3. This Is Not What I Expected

This rom-com follows the relationship between Lu Jin, a wealthy CEO of a company specialising in hotel acquisitions, and Gu Shengnan, an eccentric sous-chef at the Rosebud Hotel. Lu is unsatisfied with everything he encounters when he first arrives until he tastes Gu’s near-perfect meal. Although the two meet under rocky circumstances with plenty of wacky shenanigans along the way, their mutual love for food ultimately brings them together. A fun watch available on Netflix.

The movie “Animal World” has a very interesting idea for a plot. A simple game of rock, paper, scissors is used to determine the characters destiny. We think of this game as a game of chance but this movie proved that there is a logical way to win. It also deals with the darker side of human nature.

One of the best Chinese Movies on Netflix. There are many mysteries in this movie that are never solved which means you as the viewer have to use your detective skills to figure them out.

“To Live” is a hopeful drama based on the hardships of peasant life in China. It was made in 1994 and it is probably the first movie your Mandarin lecturer or teacher will recommend. Fugui’s (Ge You) gambling leads him to lose everything, including his wife, Jiazhen (Gong Li), and his home. Over the following decades, he struggles to live as a peasant. He tries joining a theater troupe, and then he enlists in the Chinese army in hopes of being a good citizen. Yet, just as things get better — and Jiazhen and their baby daughter return to him — the Cultural Revolution begins and tragedy continues to strike his family. Despite numerous hardships, Fugui never gives up hope. This family’s story is truly touching and this movie is a great watch, available in full on YouTube.