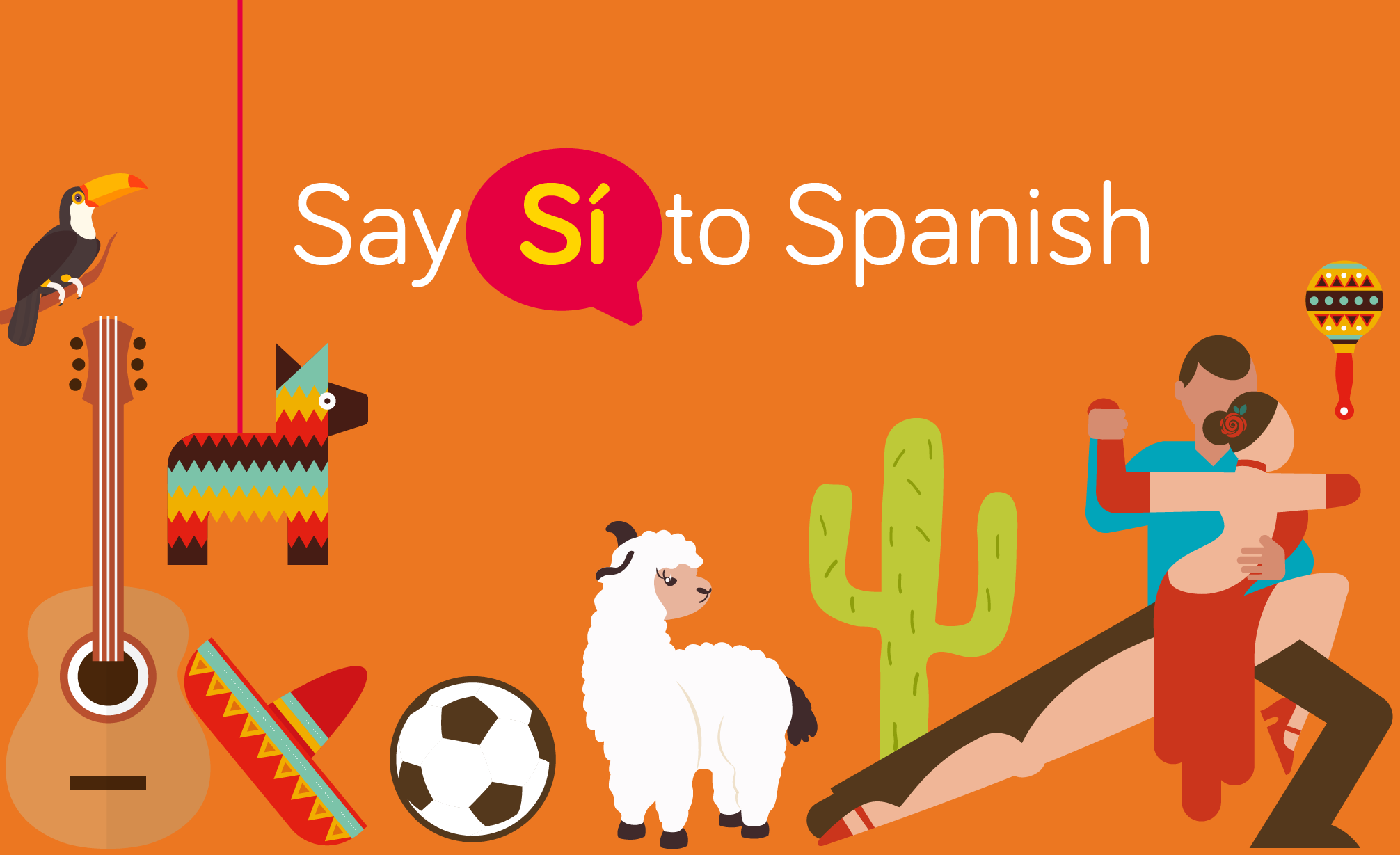 Say ‘Sí’ to Spanish – all over the world!

Get to grips with a truly global language during Say ‘Yes’ to Spanish week. An official language in 20 countries across four continents, learn español and discover what diversity really means.

Spanish originates in Europe, but that’s certainly not the end of the story. From Equatorial Guinea in Africa to the island nation of Cuba in the Caribbean, people in countries all over the world speak the language.

In fact, it’s the second most spoken language on the planet after Chinese. A huge 7.6% of the Earth’s population speaks Spanish. Just imagine how your horizons will expand when you Say ‘Yes’ to Spanish.

This is the third week in our Say ‘Yes’ to Languages summer campaign. We can’t wait to kick off the week with a fiesta of colourful activities.

During the week, we’re posting lots of vocabulary tips and cultural insights. Here are just some of the highlights you can look forward to when you Say ‘Yes’ to Spanish…

Cook up a storm on #TastyTuesday

Looking for an excuse to try a new recipe? Then head to our social media channels tomorrow to find some inspiration. When you’re there, take a look at famous dishes from Spanish speaking countries.

See how Spanish speakers like to move this #WellnessWednesday on our social media channels.

Get into the groove with Spanish dances from around the world. Discover flamenco and paso doble from Spain, salsa, mambo and rumba from Cuba, morenada from Bolivia and much more during #WellnessWednesday.

If sports are more your thing, you’re covered for that too. Gain insights about football culture in the Spanish speaking world and explore unique sports like jai alai and pelota.

University College Cork graduate Marcus Hogan is the Language Ambassador in the hot seat this week. As well as studying Spanish, he’s also a Portuguese and German speaker.

Ask him questions about what life studying languages is really like, opportunities multilingual people have and if living abroad is as much fun as it seems.

After brushing up on basic Spanish vocabulary, it’s time to put your new knowledge to the test. Try your luck in the #SpanishWeek Quiz and compete for great prizes . You never know, you might even beat Marcus’s score…

How can I take part in Say ‘Yes’ to Spanish week?

Make sure you follow us on all channels so you don’t miss out on the latest competitions and online events.

Most speakers where it isn’t an official language: United States, with over 58 million speakers!

Such a wide range of cultures, countries and experiences are open to Spanish speakers. So it’s no wonder that it’s such a popular language to study at third level in Ireland.

From a pure language focus to mixing it up in arts courses, you can find over a dozen options for studying Spanish in the Languages Connect Careers Portal Language Course Finder.

Not ready to say adiós to Spanish? Head to our Spanish hub to find handy phrases and cultural insights. You can also find first-hand accounts of what using Spanish daily is like with our Spanish YouTube playlist. Check out interviews with students learning Spanish, and a dancer and a Garda who use their Spanish skills in their jobs.

Check out our Spanish Music Playlist!