It started in Siberia... 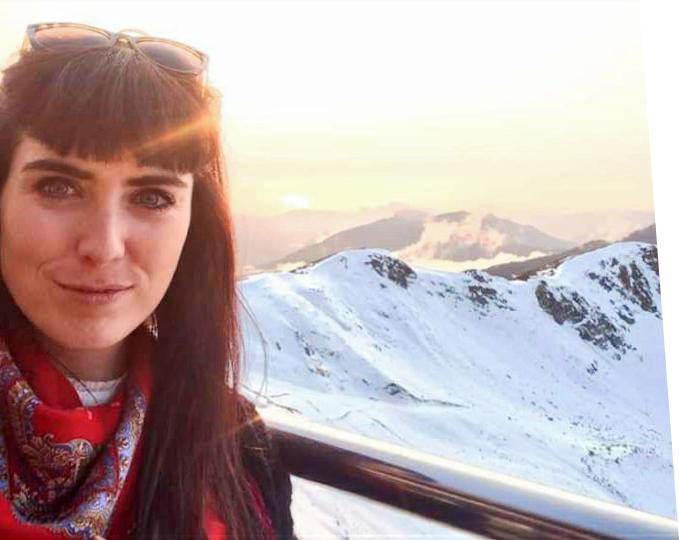 Meet Sorcha, having just finished her final year studying Russian and World Religions and Theology at Trinity College, Dublin, she will begin her Master’s in Race, Ethnicity and Conflict in Trinity this September.

Can you tell us a bit about your time in Siberia and travelling around Russia?

Having read about the Irish author Dervla Murphy’s adventures in Siberia I decided to move there in 2014, to a city in Western Siberia called Tyumen. I taught myself to read Cyrillic (the Russian alphabet) and a few basic words like please and thank you before I left Ireland but apart from that I spoke no Russian whatsoever. Although I had travelled quite a bit before moving to Siberia, I had never experienced anything like Russia before. I got to know people through colleagues and found Siberian hospitality second to none.

It’s one of the parts of the world where very few people speak English and in order to really build relationships with people I quickly understood that I would need to learn Russian.

My time in Siberia inspired me to go back to college and learn Russian. I’ve been fortunate enough to travel a bit around the country, to date that has included Ekaterinburg, Tobolsk, Saint Petersburg, Dagestan (Mahachkala, Derbent), Kazan, Sochi and Moscow, where I spent a year studying. Although each of the places mentioned have something different to offer I was most struck by Kazan and Dagestan, probably because of their ethnic diversity.

Why did you start learning Russian and where has it led you?

I initially began learning Russian to survive day-to-day life in Tyumen. I soon fell in love with it and decided to go back to college to study it full time. Studying Russian has been rewarding not just academically but in a really practical way too.

While studying in Trinity, I came across an organisation looking for volunteers who could speak Russian. After working as a volunteer with homeless migrants from Eastern Europe in Dublin, I was then offered a job as their Russian speaking project worker, a job which was both rewarding and that enabled me to further expand my language skills. I used to my Russian skills to interpret for doctor’s appointments, to aid in accessing accommodation and also, to conduct a census of all the people of our services. Russian has also been extremely useful for traveling around former Soviet countries such as Ukraine, Moldova, Lithuania, Uzbekistan and Kyrgyzstan and last year I was asked to speak about my experiences learning Russian at a Russian language event organised to inspire and encourage women to reach their goals in Dublin.

Having studied the varying cultures within Russia, are there any cultures that you found particularly interesting and why?

What first drew me to Russia, and Siberia in particular, was its ethnic diversity. From nomadic tribes in the north, to Crimean Tatars in the south, Russia is a hub of different cultures, religions and ethnicities. A sizable portion of the Russian population are Muslim and seeing how public spaces have been shared between Christians and Muslims has been of particular interest to me. A good example of this balance in public life is the Republic of Tatarstan which is home to an almost equal number of Muslims and Christians. Having travelled to Kazan, its capital, and building friendships with several people from the republic, I wrote my final year dissertation on Christian-Muslim relations there and found that there are many lessons to be learned there which could be applied in other areas of potential religious conflict. My Russian skills were a vital part of undertaking this research, I interviewed ethnic Russians, ethnic Tatars and people that were a mix of both in order to understand this peaceful coexistence in the Republic of Tatarstan. Dagestan, a predominantly Muslim republic, was also an extremely interesting place to visit. The most memorable experience for me was hearing Dagestani music and watching a traditional dance called Lezginka that was really energetic and soulful.

Has speaking Russian given you any opportunities that you wouldn’t have had otherwise?

Without a shadow of a doubt, in addition to the points I made earlier about travel and work opportunities, studying Russian has opened my mind to a whole different realm of culture and an alternate world view.

My friend Olga (from Omsk) and I often talk about the enormous differences in cultural perspectives between Ireland and Russia. Being open to and learning about other cultures through language gives you the tools to understand more where others are coming from, especially in terms of understanding conflict, the likes of which we have seen a lot of recently. Learning a language allows you to develop such invaluable skills.

What is your favourite phrase in Russian and why?

There are a lot of phrases in Russian that I love, choosing one is tough! I might have to give you two. The first one that springs to mind is, “Чем черт не шутит” (chem chert ne shutit) which is kind of like saying “God knows” or “you never know” in English but translated directly it means “by what the devil doesn’t joke”.

The second would be “Все люди как люди и я как буржуазный на блюде” which is used when you walk into a room and everyone is looking their best and you look like a slob. It’s kind of like saying, “the state of me”. The direct translation is pretty funny though, it’s kind of like, “People are like people and I’m like the bourgeois on a plate”.

Do you have any plans to return to Central Asia and what are your plans for the future? Will you use Russian?

I definitely have plans to return to Central Asia, to travel and possibly to work. Of the former Soviet countries I have visited Uzbekistan is by far the friendliest. People get really excited when they realise you speak Russian because they almost never speak English and getting to talk to someone from a completely different culture is as much a treat for them as for you.

Following my Masters, I would like to pursue further research in ethnic conflict in Russia and the former Soviet countries, so I will no doubt have the opportunity to continue using Russian to improve my language skills along the way. Language learning is definitely a life-long endeavour!