My Journey to Become an MFL Teacher by Ronan Timmins 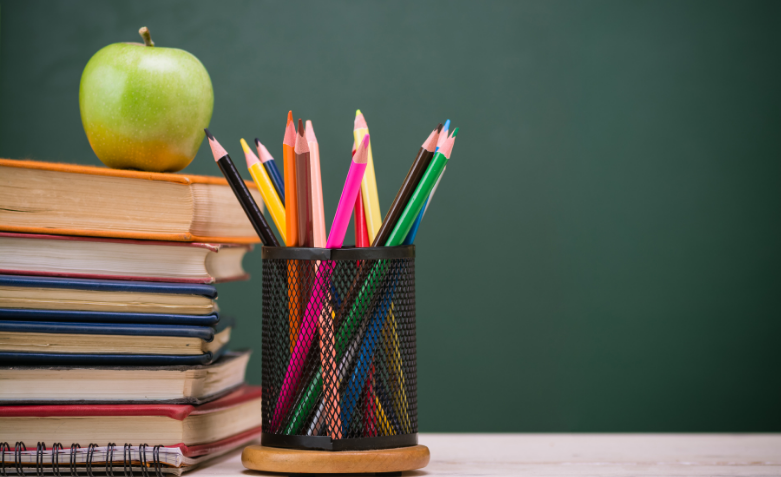 My name is Ronan, and I’m a language enthusiast and a recent graduate of DCU’s Applied Language and Translation Studies course. I am fluent in French, Spanish, and Catalan, and I enjoy learning new languages in my free time. My year abroad in Barcelona is something I never stop talking about! I’m very lucky to be employed as a secondary school Spanish teacher, a job that I really love!

Can you tell us a bit about your language learning journey?

Languages were not something my parents encouraged me to learn, but they were something I was interested in, albeit subconsciously. When I was younger, I learned how to order dinner in various languages while on holidays, and at one point, I could say “ice cream” in about six different languages.

In fact, at first, I struggled a lot with Irish and French. However, when I was about 16, I went on an exchange to France for a month and my perspective on languages changed. French went from being a subject I didn’t take seriously to becoming my favourite in school. Every day, I spoke with my amazing French teacher. I grabbed any opportunity to visit France with both hands.

When I was in sixth year, I heard about DCU’s Applied Language and Translation course. I was really excited by the idea of continuing my French studies while also learning a new language, Spanish. I studied in Barcelona during my third year of college, and it was there that I fell in love with the Spanish language. I didn’t realise it at the time, but Spanish would soon open up a world of job possibilities for me.

Since then, I’ve continued to study languages like Catalan and Italian, as well as cracking open the Leaving Cert Irish books.

Why did you start learning languages and where has it led you?

I started learning French because we had to do it in school. As I grew older, however, it became something I wanted to learn. I saw how useful the language was in everyday situations and how much people in France appreciated my effort. I’m a very curious person, which is a trait required to learn a language in my opinion. The process of learning a new word and figuring out how to use it correctly gives me a great buzz.

Tell us a bit about what you’re doing at the moment.

I’m currently working as a Spanish teacher in a secondary school. I was extremely fortunate to come across this amazing opportunity. I’m the only Spanish teacher at the school, which is a huge challenge but also really rewarding. As this is my first year as a teacher, every day is a school day (literally), which I really like about my job. I hate monotony, and teaching is certainly not a boring job!! I love my students, my school, and my job, and I look forward to sharing my passion for language for many years to come.

What is your favourite thing about being a teacher?

This is a hard question to answer because I love everything about my job. But if I had to pick one thing, it would be when a struggling student understands something you’ve explained or performs well on a test. It brings me great happiness to know that one of my students has left with more knowledge than when they came. I’ve never felt such a sense of accomplishment in my life personally and professionally, and it makes me extremely proud of my students.

Has teaching improved your language skills?

100%!! Since starting in September, my Spanish has improved massively. Every day, I learn about 10 to 15 new words. The best way to learn something is explaining (or teaching) it to someone else, which is what I do every day. I teach 20 hours per week and spend 10 hours planning for these classes, which means I spend at least 30 hours per week thinking in or about Spanish. And that doesn’t include the time I spend on my own Spanish studies!

Has speaking another language given you any opportunities that you wouldn’t have had otherwise?

Without speaking another language, I would never have had the opportunity to study in Barcelona. This experience was life changing for me and it allowed me to grow exponentially. While I was in Barcelona, I worked as an English Language Teacher. Having a good level of Spanish was required for this job to help with the class.

Also, I’ve used my language skills to connect with customers in many of my previous part-time jobs, such as hospitality and sales. It is very impressive to have language skills, especially when they are not directly related to your job.

Most importantly, I would not have the job I have now! I would have never been considered for the teaching job without languages. On top of that, having French and Spanish in my arsenal is a great asset for a school.

Do you have any tips for anyone else looking to get into teaching?

Firstly, I would highly recommend getting your teaching council documents organised as early as possible. The application process can be quite lengthy. It took me about 8 weeks but some of my colleagues took over 3 months.

You should consider subjects that are in demand as it will be easier to find employment. For example: Spanish, Irish, Home Economics and Maths positions cannot currently be filled within schools.

When you eventually get into a classroom, don’t be too easy; instead, be stricter, as it’s nearly impossible to reverse this. This is a mistake I made, and it makes teaching difficult. Start by being as strict as possible and gradually become more lenient. Make rules, stick to them, have consequences, be fair, be yourself, and be human.