Top 5 French TV Shows to Watch If You're Learning French 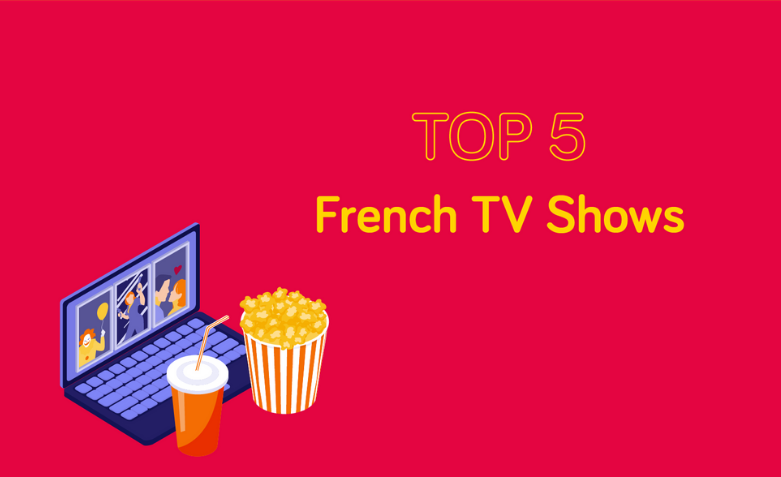 Watching TV in another language can not only vastly improve your comprehension skills, but can also give you a valuable insight into the culture and traditions of that country. Netflix and Amazon Prime are treasure troves of content in other languages and French is no exception! Whether you’re searching for a new comedy series or looking to delve into another detective show, this list has something for you to try!

This comedic gem has become a global Netflix hit. One of the best French shows for language learners. At a top Paris talent firm, agents scramble to keep their star clients happy — and their business afloat — after an unexpected crisis. Each episode features at least one real-life French celebrity playing themselves.

Think of Lupin as France’s answer to Sherlock. Both Arsene Lupin and Sherlock Holmes are characters that date back to books from the early 20th century—but the main difference is that one is a detective, and the other is a thief. Lupin, a 2021 Netflix show, casts Omar Sy as a modern-day thief who models his life off the iconic “gentleman burglar.”

A French Village is compelling story of a small fictional village in Jura during the German occupation of France during World War II. In June 1940, the village of Villeneuve awakes to the arrival of the German army. The next four years of occupation have a shattering effect on the lives of its inhabitants. Each season corresponds to about one year of the Occupation.

This French crime thriller will keep you on the edge of my seat. La Mante, an infamous serial killer who terrorized France decades ago, is forced out of isolation by the police to hunt down her copycat. This French crime series is very suspenseful. At only one six-episode season, it’s a quick watch.

Warning: Do not watch this docuseries on an empty stomach! The Netflix documentary series The Chef’s Table profiles some of the best chefs and bakers in the world—so it’s only natural that they dedicated an entire spin-off to French cuisine. Each episode highlights one renowned French chef sharing what inspires them to experiment with French culinary traditions.