Top 5 Arabic Songs to Listen to If You’re Learning Arabic! 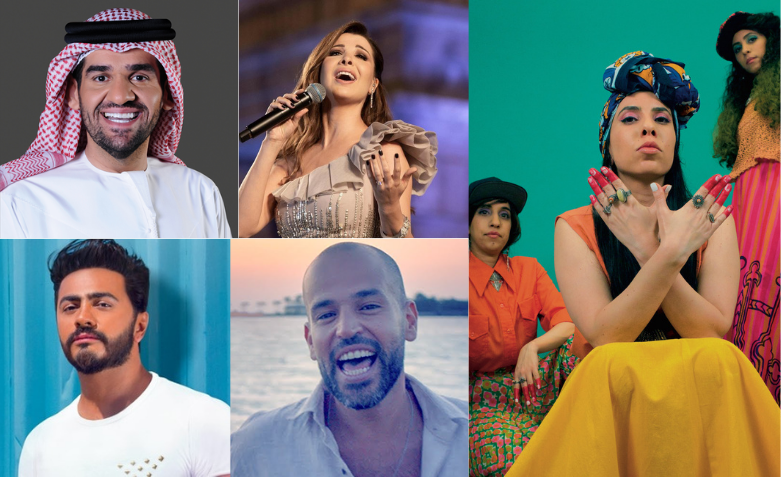 Music is a fun and creative way to learn new vocabulary and improve your pronunciation. The next time you go out for a walk why not try some new music that will help you progress on your language learning journey. I don’t know about you guys, but one of our favourite things is finding new music to show our friends. That feeling when someone says “Who sings this? It’s a bop.” is absolutely unmatched! So here are our top bop recommendations for all you Arabic learners out there!

First up we have all-female hiphop group A-WA. The band is made up of three sisters from Israel who grew up with Yemeni grandparents. Because of their background Tair, Liron and Tagel Haim, learned to sing traditional Yemenite songs and have incorporated this style into their music. This song “Hana Mash Hu Al Yaman” is based on the real life experience of their grandmother who had to leave Yemen in 1949 during what is now known as Operation Magic Carpet, when Yemenite Jews fled to Israel to escape persecution.

This next song by Nancy Ajram was released in 2013 but has shot back into popularity because of Tiktok! The Dabke dance challenge uses this song, as well as the recently popular Kylie Jenner as a Middle Eastern hair model meme. This song is so upbeat and dance-worthy that it should definitely be included in your “happy” playlist.

If you enjoy upbeat music similar to Bruno Mars, this song is for you! 3 Daqat translates to 3 Heartbeats in English. The singer Abu, is from Egypt and this song is one of his top hits of all time!

Dance music lovers this track is for you. Just released in 2020 this song didn’t take long to climb to top of the charts! It mixes traditional Arabic singing styles with electronic beats, creating a very interesting sound.

This 2014 hit has a wonderful heart-warming story behind it. It was written by an Egyptian who wanted to inspire other Egyptians to get out and vote. There were 8 cameras placed in 8 different Egyptian provinces and in the music video people hold signs that read “your voice matters”. The songwriter originally wanted to sing it himself, until he heard that Hussain Al Jassmi would be in the area, he pitched the song to the already famous singer, and it became an instant hit!

For more Arabic music check out our spotify playlist here